Fiction
Jenn H. – “In the Morning Light (Part One)” - A fictional short story about a man who has been diagnosed with terminal cancer and his regrets.  Based upon a visual prompt from A Thousand Words.
Henry Petrie – “Kestrel” – What a person thinks as they gaze at a girl in a coffee shop

(WOOF participants should re-post all the links above by next Monday. The following links may be excluded as long as you include all the above links.)

Presenting the finest of the writer’s blogs by the bloggers who write them. Highlighting the top 5 posts as chosen by the August 29, 2008 WOOF Contest participants. Want in to join the next WOOF? The next contest ends September 5. Submit a link to your best writing post of the last 2 weeks using the form at the bottom of this page. Participants, repost the winning link list within a week and you’re all set.

About Writing
Vanessa - “Writer, Backup!” - A look at using Live Mesh and Google Docs to backup your all important documents, like your manuscript.

We all wake up in the morning and say "I have to lose weight".

I woke up one day and said "I have to lose weight or I am going to die".

There I was, a normal guy who just let himself go. I was 5' 8" tall (although my kids tell me I am 5'5" tall) and I did not even weigh myself but I was FAT - I mean Orca fat. I was a whale, a wheezing piece of crap one roast beef sandwich away from a heart attack. I woke up every morning and when I tried to get out of bed my feet would ache. I would get up early enough that it was dark out and I would walk into the kitchen to turn out the lights so that when I got out of the shower I wouldn’t trip over the dog. But I didn’t walk into the kitchen.

The knees hurt and the feet hurt. I felt better after the shower but not by much.

How the hell did this happen?

I ate and ate and ate. Unfortunately for me, except for the weight gain and the maladies associated purely with weight gain like lack of energy and achy joints I had suffered no adverse effects. That’s right. Blood Pressure was 120 over 80. Cholesterol was 160.

I was invincible. Right? Wrong.

In the middle of 2006, I was waking up in the middle night with a pillow full of drool. My wife told me that I was snoring uncontrollably. I, of course, being asleep could not verify her claims so I immediately dismissed them. I also dismissed my son’s claims that my snoring was keeping him awake at night.

But this pillow drool thing was goddamned annoying. I’m dreaming that I am on an ocean voyage and wake up with a cheek full of drool, constantly flipping the pillow over and around to find a dry spot. My wife finally convinced me to go see a doctor.

I figured why not?

Well, besides the normal dislike of doctors that I have, there was no reason for me not to go to a doctor.

So I went to the “Doc Find” section of my insurance carrier’s website to look for Otalarnolygists, Otoranologist, uh, an Ear, Nose and Throat guy.

And he uttered the two words I had hoped I would not hear.

Not that I had it but that it was very possible that I had it. He couldn’t tell without a sleep study (this is one of the things I hate about doctors – there’s always a referral to someplace else).

It was one of those things that I feared. I knew of people who had Sleep Apnea and had to sleep with a freaking C-Pap machine to help them breathe. But that wasn’t me. I did not wake up tired. I got a good seven and a half hours of sleep every night and woke up fairly refreshed. I didn’t think I was tired or a candidate for Sleep Apnea.

Yahoo Health! has a great article that lists the symptoms of the illness

What are the symptoms?
The main symptoms of sleep apnea that you may notice are:
· Being so sleepy during the day that you fall asleep while working or driving.
· Feeling tired in the morning.
· Waking up with a headache.

Your bed partner may notice that while you sleep:
· You stop breathing.
· You often snore loudly.
· You gasp or choke.
· You toss and turn.

Okay – one out of seven does not a Sleep Apnea patient make but I just knew that if I wasn’t there it was just a matter of time before I was.

Then the doctor hit me with the line I had heard from doctors all along. “It would help if you lost weight.” I had a physical every year and the doctor always told me “except for your weight, you are a perfect physical specimen.”

And that is what happened – all of the good numbers I had over the years lulled me into a false sense of security. In retrospect words like “perfect physical specimen” perhaps should not have been used.

But like that old movie “Scared Straight”, it did the trick.

I visited a weight doctor the next day and he gave me some relaxation techniques and told me that, at my weight, the only way to diet was to watch calories.

So I did just that. Limiting myself to about 1600 calories a day, I lost ten pounds in the first week.

The last time I lost ten pounds I was on the Atkins Diet (more on that in later installments) when I lost 50 pounds and my cholesterol went up to 6,000,000.

I went back to that weight doctor, got some more relaxation techniques including a “mantra” that I was supposed to repeat to myself over and over. It was:

At my weight, overeating is poison.
I need my body to live.
I owe my body respect and protection.

I said this ten times a day. I’d close my eyes, take a deep breath, let it out and say the words. To myself. Quietly. I could do it at my desk. It was the constant reminder to myself that I needed to lose weight.

As I write this it is now 20 months after I began my diet and I have lost 165 pounds, 150 of which were lost in the first twelve months.

And this morning I ran 5 miles and I did yesterday too! And the day before. 15 miles this week and it’s only Wednesday.

Why write about this?

Well, you can forget about Oprah. I have no desire to go on her show.

What bothers me is the emphasis on weight placed on society by Hollywood. Remember a few months ago when a size 2 Jennifer Love Hewitt was considered “fat”?????

And the constant commercials on television and in the newspaper with the latest fad diets – Jesus Christ, they make me sick.

It is all about the calories.

Nothing else (well, exercise, too – but that comes later).

I’ve gone on fad diets and as soon as I’ve gone off of the fad diets the weight comes back like old unwelcome Aunt Flo.

But I am not going to proselytize. In further installments, I hope to inspire, so with inspiration as the goal I am going to leave you with three pictures. Sort of a before and after. I’ll let you guess which is which.

Till Next Time, friends. 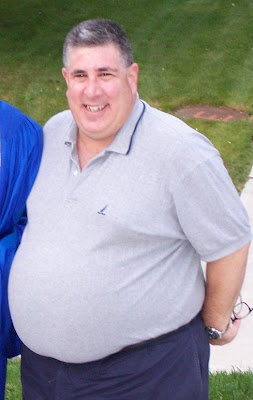 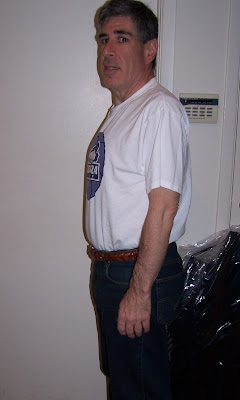 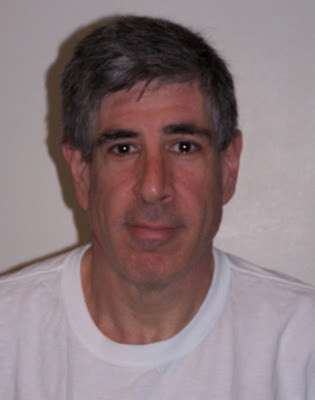